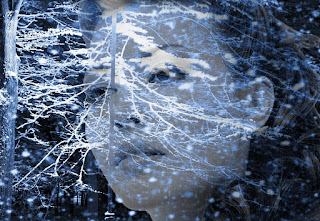 This book will be hitting book stores in the US on July 15th
I’m excited for people to discover Anna Windsor’s  story.
And for a limited time, you can get the e-book for FREE on Amazon! 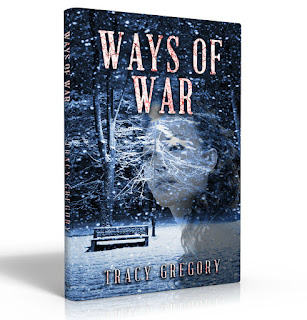 The paperback is now being released on July 15th 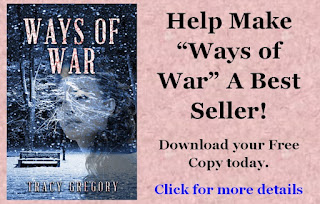 The day had barely begun, and Grant and his men were boarding the USNS Sultan. The men had orders to stay back in the stern of the ship. They would be three days en route to Pearl Harbor and would do what they could to keep from becoming bored.
Grant stood looking out over the water. It was a warm sunny day for January. The breeze coming off the water blew through his hair, the sun warmed his face, and the sound of the vessel cutting through the waves was somewhat comforting. The sound of the water splashing against the ship hypnotized his mind to recall better times. But thoughts of Vietnam kept invading Grant’s thoughts. Each time he tried to focus on something else, a vision of war would intrude, would tunnel through his memories, causing him to lose himself. He looked around, out at the ocean and the birds as they passed, envying them for their freedom.
Grant’s thoughts were interrupted yet again, this time by a hand on his shoulder. He turned around and smiled. “Hey there, Bill. What’s going on? Are you ready for this tour?”
Bill walked up to the railing and leaned over it, resting his elbows on the rail. “Yeah, sure, a piece of cake. I imagine it’ll be like all the others. Making the rounds, watching, making sure everyone behaves themselves. Kind of monotonous, but it’s better than being in combat, that’s for sure.” Bill turned his glance toward Grant.
Grant agreed, “You got that right. I just hope this mission doesn’t turn into a combat mission.”
“Gee, Grant, you don’t sound too sure we’ll avoid that mess over there. Do you think we will become that involved? I mean, to risk the lives of American men? That wouldn’t make any sense. How could it be justified? I don’t think it has become that personal.”
“Not yet anyway.” Grant looked Bill in the eye. He couldn’t help but think how young he looked. He was young, but what did that matter? He was still good. He was one of the best in his field. He was a communications operator who spoke four different languages. Grant understood that Bill’s assignment to this battalion was for that specific reason. He spoke and understood the Vietnamese language. He had even been there. Though God only knows why.
Bill was happy-go-lucky. He was tall, lanky, and full of energy. Always in good humor, a real morale booster to the guys. He’d be alright. No matter what, Grant knew Bill would make it through whatever hell he was doomed to face.
“Do you think it will happen? I mean, well I suppose, I guess anything is possible. I hope you are wrong though. I’m not looking forward to dealing with that mess.” Bill shook his head in disbelief.
“I wouldn’t worry about it yet. I haven’t heard anything that would indicate we will end up in Vietnam. At this point, we’re just keeping the peace.” Grant straightened up, pushing himself away from the rails with his arms.
“I know you’re right, but now you got me thinking. I guess we’ll have to wait and see.”
“Yeah, famous last words, ‘We’ll have to wait and see.’”
The ship’s horn blew to warn its passengers they would be docking soon. Grant looked out at the ocean one more time before heading down to collect his bag. They were in Pearl Harbor, Hawaii, and would remain in Waikiki for a night of liberty. Liberty, Grant thought. I won’t have liberty until I return home. With that, he headed out.
Grant walked down the gangplank as he looked out over the horizon. In the distance, he could see the Arizona. A group of men sped past him, talking fast, making plans for what they would do for the evening. Grant just smiled, remembering his early years and how exciting it had been to see all these new places. He continued on his way. He walked down to the beach, where he dropped his bag and sat down. He leaned against the bag and put his arms behind his head and thought, I’m going to enjoy the peace and quiet.” His thoughts turned to Anna. He fell asleep on the beach with his thoughts of Anna to keep him company. That’s where he remained until it was time for dinner.
The evening passed quickly. Grant spent part of it in the bar talking to a couple of the captains from the base at Pearl Harbor, but it wasn’t long before the smoke and noise level got to him. He excused himself and left the bar. Grant walked down to the beach again. It seemed like that was the only place he could find peace—not only from the world but himself as well. He walked along the shoreline, the breeze gently caressing his face, blowing through his hair as if to comfort him. The ocean was his only solace—outside of Anna, that is.
After a while, Grant turned and headed back to his quarters for the night. They would be leaving for Okinawa in the morning. His final destination . . . he hoped.

Posted by Tracy Gregory at 5:21 PM